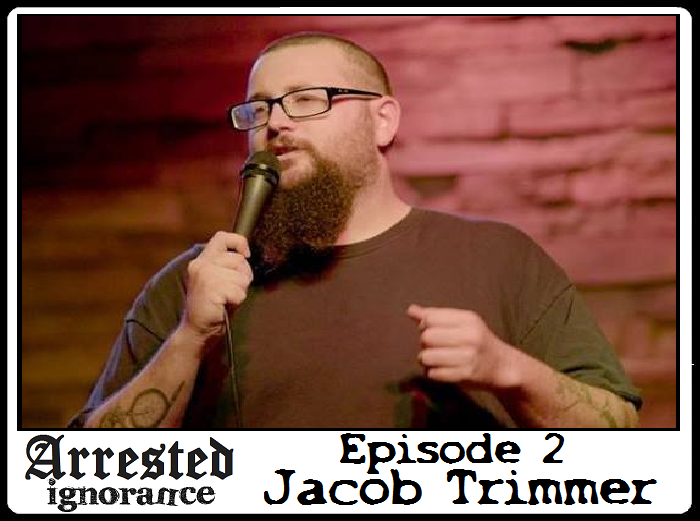 It’s another spin-off episode of Arrested Ignorance, where I bring in guests that have had some troubles with the law, whether incarcerated, arrested, or just busted doing some illegal stuff.

This week I sat down with Jacob Trimmer, a local OC comic known for doing the Roast Battle at the Comedy Store. He shared stories about being arrested a few times, doing some time in jail, getting involved in a race war and he has been stabbed.. yeah! it’s makes for another great episode!